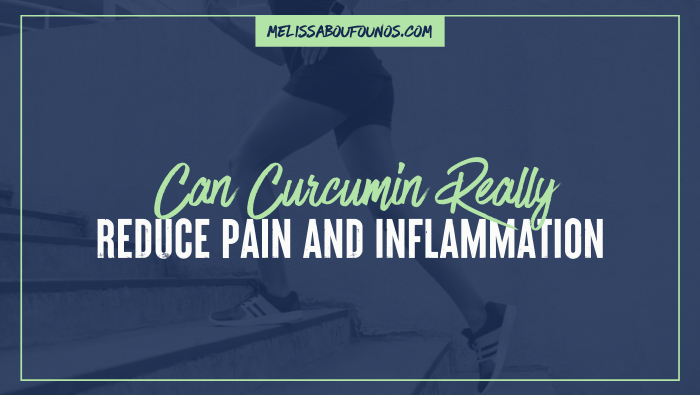 You may have heard that curcumin, the bioactive component of the spice turmeric that imparts the yellow colour, has impressive benefits. Is it all hype? Unlike many supplements on the market that make wild, unsubstantiated claims; science backs up many of curcumin’s purported health advantages, including reducing pain and inflammation. However, the spice is absorbed poorly, so when shopping for it, be sure and choose a formula that offers good absorption.

Ancient cultures have long recognized turmeric for its medicinal properties, but in recent decades, it has garnered much attention in the research community as well. In fact, the supplement has been the topic of more than 14,000 scientific studies investigating its effects. Below are some findings that show it may be of value to athletes.

What Do Studies Find?

A 2017 study published in Foods reviewed the body of research to date on curcumin’s health benefits. According to the authors, it may help to reduce exercise-induced muscle soreness and inflammation, both of which enhance performance and recovery. The effects stem from the high content of antioxidants, along with anti-inflammatory properties that work through multiple mechanisms of action.

In a 2014 study featured in the Journal of the International Society of Sports Nutrition, researchers gave 20 healthy male volunteers either 200 milligrams of curcumin or a placebo twice a day. The men started on the regimen two days before a downhill running test, and they continued it for 24 hours after the test day. Analysis of the findings showed the men who took curcumin reported less leg pain and decreased inflammation, and fewer of them had evidence of muscle injuries in the thighs. The authors concluded that the supplement has the potential to prevent delayed-onset muscle soreness.

Just how effective is curcumin in reducing pain and inflammation compared to a nonsteroidal anti-inflammatory drug such as ibuprofen? A 2014 study published in Clinical Interventions in Aging put it to the test. A comparison of the effects of curcumin and ibuprofen revealed that the supplement was equally effective as the medication.

How to Shop for a Curcumin Supplement

The only drawback of curcumin is that it has poor bioavailability, another word for absorption. To fix the problem, some manufactures of the supplement add a substance called piperine, which is a compound in black pepper. Another way to increase absorption is to combine it with lipids (BCM-95®, Meriva® …).

Which fix works better? A 2018 study published in BMC Complementary Medicine and Therapies compared the effectiveness of curcumin with added piperine to that of curcumin BCM-95. Both were effective, but the latter proved superior. The bioavailability of the piperine formula was 6.3 times greater than normal curcumin, but the bioavailability of the BCM-95 formula was 6.9 times greater.

Based on the above study, look for a curcumin supplement with the BCM formulation. Some BCM-95 products are comprised solely of the curcumin, while others contain added ingredients. These additional ingredients may not have been studied and may produce side effects in some people. It’s best to choose a product with curcumin BCM-95 as the sole ingredient.

How to Take a Curcumin Supplement

One last thing to remember is that to get the benefits of the supplement, you need to have taken it at least several days in succession. If you take it on an ongoing basis, it’s likely to help with inflammation-induced maladies that athletes experience.

Curcumin is usually taken together with food.